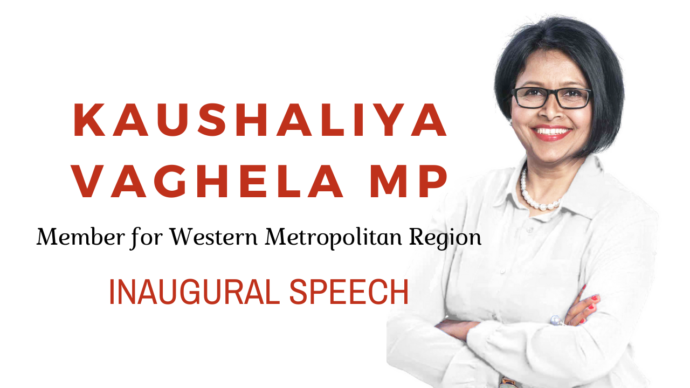 The following is the Inaugural Speech of Kaushaliya Vaghela MP. She delivered it on 19 December 2018. She created history by being the first Indian born Member of Parliament in Victoria and first Indian-born person of Hindu faith to enter any Parliament in Australia.