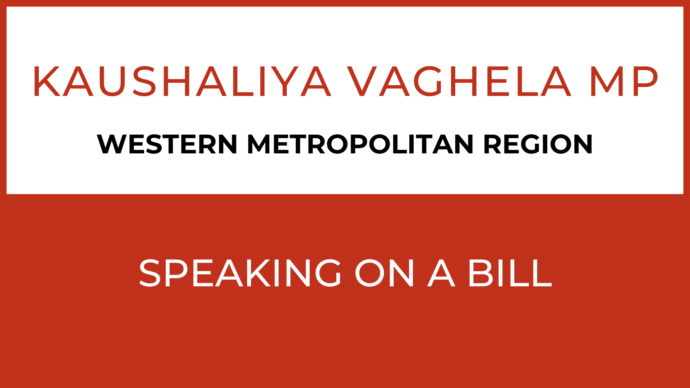 I rise to speak on the Sentencing Amendment (Emergency Worker Harm) Bill 2020. This bill clarifies the application of statutory minimum sentences for injuring emergency workers. But before I begin, I want to thank all of our emergency workers for the exceptional job they did during the difficult times we have just gone through. The bushfire disaster and the ongoing pandemic are some of the examples of where we realise the importance of the emergency systems and infrastructure we have in our state. Emergency workers are the invisible heroes. These are heroes who are helping folk, Victorian people, every day, every night. They deserve to feel safe when they are working to help Victorian people. There is no place, no situation, where an unsafe environment for emergency workers should be tolerated. They are the key foundation of Victoria, the main base of our community’s function as a developed society.

This bill is extremely important. Therefore, we have made sure that we get it right. Emergency workers put themselves in the way of harm every day. They perform the most critical tasks. The sad reality is that they are harmed, they are assaulted and they are abused in the line of duty. That is just unacceptable, and it will not be tolerated.

The Victorian emergency worker harm laws were introduced in 2014. The offence, which carries a presumption of a six-month statutory minimum, is recklessly or intentionally causing injury to an emergency worker on duty. These laws were intended to better protect emergency workers from being exposed to violence and intimidation in the course of their duties. However, contrary to public misconceptions, these laws have never been applied to non-injury assaults. These laws are not mandatory and never have been. The exceptions recognise that while in almost all cases such offences can be presumed to be high-culpability attacks deserving of condemnation and lengthy periods of imprisonment, there are instances, such as assault due to mental health problems, where a court would not be able to take harsh judgement. For instance, someone could be mentally ill or intellectually disabled; that person may not be able to understand the result of their actions. The exceptions are streets ahead from drunken thuggery, outrageous and deliberate behaviour. These laws are meant to battle these sorts of deliberate actions which harm emergency workers.

The measures we are bringing in this bill are intended to make sure that the emergency workers are not being exposed to physical assault, violence and intimidation in the course of their duties. This matter is an absolutely serious one. There is no excuse that warrants assault of emergency workers. Nobody deserves to be physically abused or beaten at work.

The laws created by the then government have some deficiencies, and to make these laws more robust we tightened the laws in 2018. We made sure that the special reasons exemptions became narrower. In most cases we made sure that people who assault or injure emergency workers on duty go to prison for some length of time. We promised that the government would continue to do work and improve these laws to make sure that the laws operate as intended. We believe that there have been issues identified that need to be addressed. The government’s intention is to make sure that special reasons become tighter and more defined.

I will talk a little bit more about the reforms in this bill. These cases will in future be prosecuted by the Office of Public Prosecutions in the higher courts rather than by police prosecutors in the Magistrates Court. This is complex law, and this change will ensure the expertise of the Office of Public Prosecutions and higher court judges is brought to bear on it.

The bill also explicitly requires the court to have regard to Parliament’s intent when sentencing, even where a special reason means they do not have to impose the statutory minimum. A special reason does not mean a free pass. Sentences must still fit the crime, and a lengthy prison term will still be appropriate in a particular case. This reinforces that a special reason does not necessarily mean an offender cannot or should not be jailed. It just means the judge is not required to imprison for a minimum term of six months.

The bill introduces a reverse onus so that complicit offenders who are involved in an offence by assisting, encouraging or directing the main offender but who did not themselves cause the injury will in future have to show why they should be exempt from the statutory minimum. The bill also amends the definition of ‘emergency worker’ to clarify that the laws also apply to those who inflict injuries on interstate emergency workers who are on duty in Victoria—for example, when paramedics from New South Wales respond across the border. There are also a number of technical amendments and clarifications being made which do not have significant policy implications.

In conclusion, I would like to say that this bill ensures that offences against emergency workers are dealt with in a robust and clear matter. As the Attorney-General said, through this bill the government has established an appropriate balance between the need to protect the rights of offenders with impaired mental functioning and the protection of our emergency workers. I commend the bill to the house.