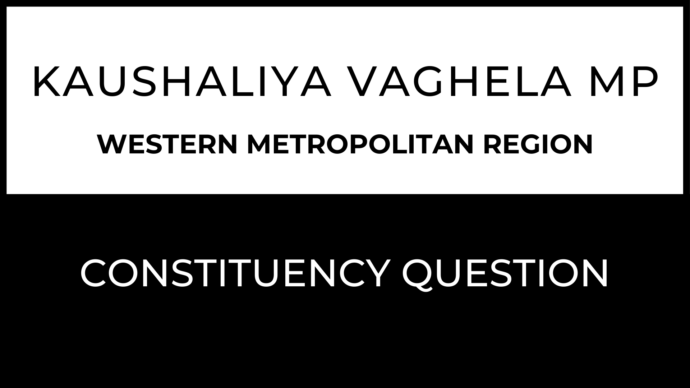 Ms VAGHELA (Western Metropolitan): My constituency question is directed to the Honourable Jacinta Allan MP, and it relates to the minister’s portfolio responsibilities for transport infrastructure. Wyndham is one of the largest and fastest growing municipalities in Australia. By 2041 Wyndham’s population is forecast to grow to 512 591. With the rapid population growth in the west, residents from the suburbs of Tarneit and Truganina have raised their concerns about currently not having an adequate number of train stations in the area. The existing Tarneit station is a very busy train station, so even with the expansion of the station’s car park and the introduction of high-capacity trains the need still remains for additional train stations in the area. My question to the minister is: when does the government intend to build a new train station at Tarneit West and Truganina in my electorate, which will help in reducing traffic congestion?